We returned to Burlington today for Sahil and Jaya’s regular oral immunotherapy appointment. I felt anxious returning for the first time since Jaya’s reaction two weeks ago. As I entered the clinic the memories from two weeks ago resurfaced.  I quickly pushed them back down again.

Since her reaction at 20 drops of undiluted milk Jaya was on 2 drops for 2 days and then 5 drops for 11 days.   I felt hesitant to give her the last tolerated pre-reaction dose of 10 drops at home since she continued to complain of stomach aches throughout the last two weeks.  So today, under medical supervision, Jaya got 10 drops of undiluted milk. Thankfully, she did not have a reaction other than a mild stomach ache.   She will continue on 10 drops daily until her next appointment when – depending on how she does –  the next dose will be determined.

Sahil has been on half a peanut since our last visit.   He had frequent stomach aches over the past two weeks which we discussed with his doctor  at his updose appointment today. Dr Mack feels a slower approach will be best for Sahil and decided to updose him to 3/4 peanut instead of 1 whole peanut.   Sahil was relieved not to have to move up to 1 whole peanut yet.  He hates the taste of the peanut.   I will try to disguise the taste in something else like chocolate for his daily doses at home.

Sahil ate the 3/4 peanut. This is the 10th updose since we started OIT in mid-Feb.  His throat felt itchy right after swallowing it and he started to complain of a stomach ache about 20 minutes after the dose.  The itchy feeling subsided but his stomach ache persisted on and off for more than 2 hours so when we returned home I gave him Reactine (anti-histamine).  About 20 minutes after he took the  medication his stomach ache went away and he felt much better.

Hoping for the best for the next two weeks.  Hoping to see an end to the stomach issues. Hoping to be back to boring soon. 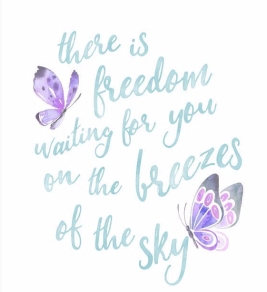